Hello everyone! Recently I was asked about my advice on Women’s Self Defense. Many young women have recently went off to college and as a result, many parents are concerned about their daughters. This makes sense as many of them are in strange towns that are far from home, out of reach of the normal protections they would have from their parents for the first time. I myself have had some reservations about writing on the subject, so feel it is best to start with talking about some of the shortcomings of women self defense seminars and training.

I should start by saying, defending yourself takes a different mindset than what the average person is used too. It is the most common problem I run into teaching self defense. It seems good people simply do not want to hurt others, sometimes even when their own safety is involved. In Women’s Self Defense, I teach some rather brutal techniques. This is not because I condone violence, it is because I when it comes to self defense, I am very grounded in reality.

There are a lot of instructors that will tell you as long as you perform this or that, you will be o.k, and that is simply not the case. The truth for women’s self defense, as well as any self defense, is every situation is different. There is always a risk factor to be assessed and acted upon. There is simply no such thing as a perfect self defense, a fail proof technique, or a guaranteed win. There is a risk of injury, and a probability of escape or being able to perform some movement that results in the return of your safety. Those odds can be scaled to favor you more with proper training over someone who does not bother to learn something that could be so vital to their personal safety.

It is a sad reality to know that you can never truly be safe, regardless of what you know. However, that does not mean you should not try at all. There are times when even the most simple knowledge of basic self defense, can save lives. Sometime, simple effort goes a long way. So I would like to begin with telling a story of a student I know personally, who saved their own life with the simplest of techniques.

I used to aid in the teaching of a woman who had a roommate that was not the most innocent of people. After living with him for a some time, he went to jail over drugs. His friends assumed his roommate, who did not do drugs, must have reported him to the police department. They decided to go after her in an effort to get revenge. They knew her vehicle and ran it off the road in a secluded area late at night. There were two men and one woman, the woman also carrying a baseball bat to use as a weapon. Obviously a frightening situation that seemed to have little hope.

The woman, fully aware of what was going on and why she was being surrounded, applied some of the most basic techniques to help herself out of the situation. When the first man approached her, the first thing she remembered was a snap kick to the groin. It’s a sensitive area that takes little effort to cause an immense amount of pain. She performed a simple snack kick, kicking that man in the groin as hard as she could, lifting the man up off the ground with her foot. He hit the ground on his knees, screaming in agony.

About this time the second man began his approach, again, this particular woman went with simplicity and performed a simple round house kick to the knee. When the knee is hit at a certain angle, it only takes approximately 8 pounds of force to separate it from the joint. With a full force round house kick directly to that point, the knee gave out. This man, just like the first, went down in screaming agony. At this time, she directed her attention to the female. The female, having seen two bigger and stronger men get dropped in no time with simple techniques. became very afraid. She threw the baseball bat and took off running on foot. With one man on his knees screaming in pain about his groin, the other with a broken knee and unable to walk, and the female attacker completely removed from the situation, the girl defending herself was able to simply walk back to her car, get in, and drive away.  Suddenly a woman, who other people had planned to beat to death in the middle of the night, walked away the victor of a fight with 3 attackers with the performance of simple techniques that are taught in every single style of martial arts.

This story, although impressive, should be considered more of an exception than a rule. The truth is there was a lot of luck involved. Skill helped, but it was not the only factor at play. Had the female attacker simply been a little braver, she probably would have swung the bat and caused serious damage. There were many simple things that could have went wrong, but luckily, everything went right for her that night and she was able to return home. That is always the hope of any self defense instructor. That night, her training most likely saved her life.

Other women have gone into these situations with gun in hand, only to have the gun taken from them and providing their attacker with an extra weapon to use on them. So what makes these situation have such a varied result?

There are a lot of answers to that question. Mindset is a huge factor. Both the mental state of the attacker and the defender comes into play. As I mentioned, the female attacker simply being a little braver could have given this a much different outcome. It also helped that the defendant in this story had practiced these two kicks for some period of time, so she had the techniques down. Had these been poorly executed techniques, they would have never had such an extreme effect. Mastery over basic movement definitely came into play in this situation. The truth is, she won because there were two simple techniques she knew well, and they happened to work for the situation she was in. That is truly what makes a good self defense technique, the more situations it can get you out of without having to be modified, the better the self defense technique.

That is what it takes for a woman to defend herself. A quick, simple, definitive technique that requires minimal effort to cause maximum damage. This is the reason for why when I teach women to defend themselves, the techniques contain extremely brutal techniques. I do not make the program based on superior skill, strength or ability. I prefer to teach techniques that strike extremely sensitive areas, using minimal effort to cause an injury lasting long enough to allow the defendant to escape.

With that in mind, I will be beginning a 10 part series on women self defense over the coming weeks. I will try to make the lessons as informative possible. The techniques I will teach are effective, and they will work in many situations. I do caution, that for any self defense technique to actually work at all, it must be practiced until that technique becomes second nature. So following these lessons, do not follow the amount of content that will be applied but rather, master one thing before moving onto the next. The better you are at a single movement, the more likely it is to actually work when you need it. I will be releasing the first article soon which will cover situational awareness.  As always, questions and comments on the subject are welcome. So let me know if there is something you believe could be improved or needs to be changed.  Anyone is welcome to email with their personal questions they would rather not post at arkansaswushu@gmail.com. Thank you for reading! 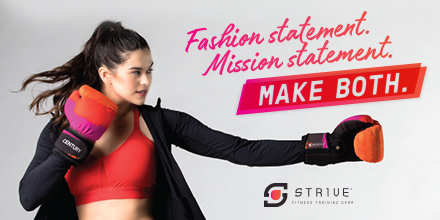